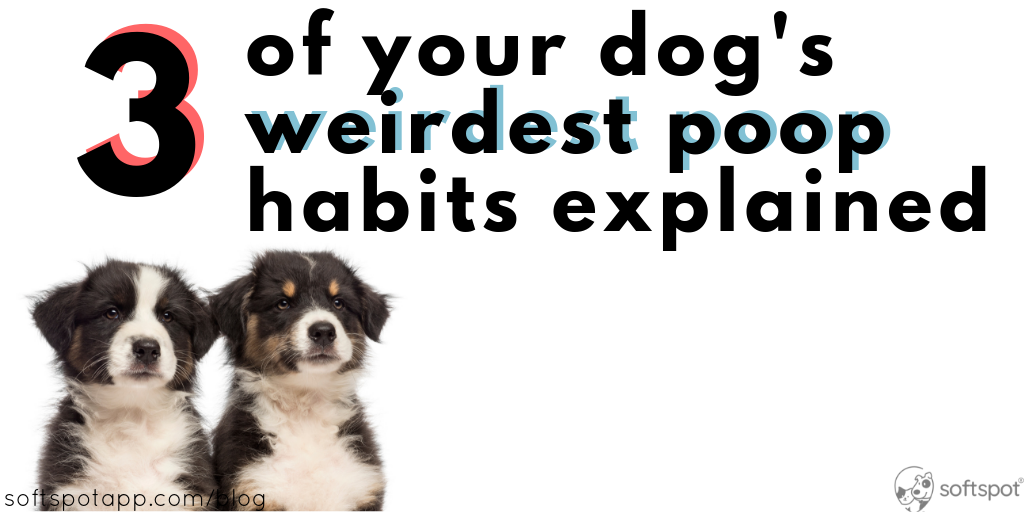 We love our dogs from head to paw, but that doesn’t mean they don’t have some strange quirks. They’re such a big part of our lives, it’s sometimes hard to remember that they’re animals with instincts in addition to being furry family members; and unfortunately, some of those instincts lead to behaviors that are downright repulsive!

Unsurprisingly, some of the weirdest, grossest behaviors of our four-legged friends have to do with poop. And while learning the reasons behind these habits won’t lessen the ick-factor, you’ll at least understand a little more about what’s going on in the canine mind.

Perhaps one of a pup’s most disgusting habits, coprophagy is a fancy word that refers to the act of eating poop. If you notice your dog munching on a pile of poo, you may wonder why on earth they would do such a thing. But as it turns out, their instincts are to blame.

According to the American Kennel Club (AKC), the unappealing behavior is natural for new mother dogs when they lick their puppies to help them potty and keep them clean. What’s more, the little ones begin snacking on the stuff in their formative days, as well. But if you find your adult dog chewing on doo, it could be for a number of reasons, including (but not limited to): loneliness, anxiety, attention-seeking, associations from puppy-hood, nutrient deficiencies, parasites, or increased appetite due to disease.

The good news is, dogs shouldn’t be harmed by eating their own feces. However, if they start nibbling on another animals’ dung, it could be contaminated with parasites, viruses, or other toxins.

2. Staring At You While They Go 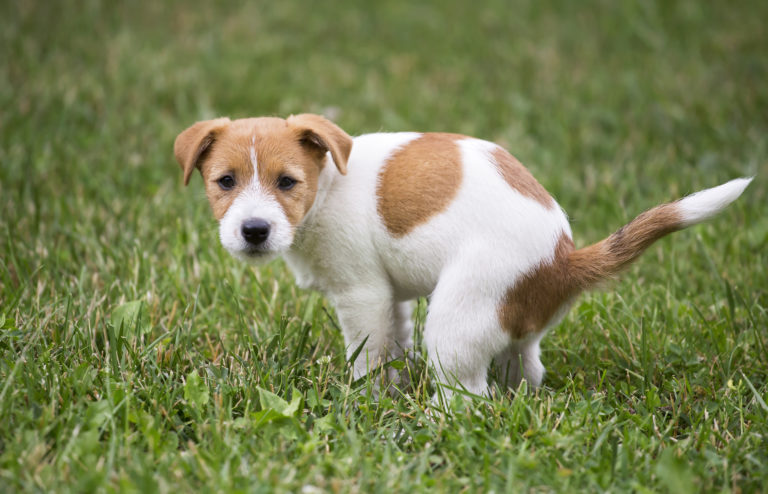 Locking eyes while doing one’s business is a little awkward in the human world, but if you’ve ever accompanied your pooch for an outing, you may have realized the rules are different in the animal kingdom. When your dog squats, poops, and stares straight at you, it’s probably because he wants you to watch his back (and front). In that half-seated position, dogs may feel vulnerable to threats and want to make sure you’re on the lookout — just in case.

3. Kicking After They Go

When canines kick after pooping, it’s not because they’re trying to cover up their stinky mess — in fact, it’s just the opposite. Kicking is a secondary way of marking territory, since there are scent glands located in the paw pads.

PetMD explains: “The scents released from dogs’ feet are more pungent and lasts longer than the scents of urine and feces. When a dog kicks the ground after defecating, they are releasing pheromones onto the ground.”

Rules For Your Cat’s Litter Box

Watch Out For These Surprising Holiday Pet Hazards

How Often Should You Take Your Pet to the Vet? Healthy Holiday Foods You Can Share With Your Dog Watch Out For These Surprising Holiday Pet Hazards

We're still building! Subscribe to get updates and offers for when we launch!

We’ll reach out to you shortly.